A downloadable game for Windows and Linux

Village Valley is a 2D adventure/life-simulation game where you decide your own path. Choose from 11 different jobs and get one of the 4 different endings of the game! Along your adventure, find secrets, upgrade the village, complete achievements... there is so much to do! Here are some features of the game:

Enjoy this relaxing experience of about 5-6 hours of gameplay! I hope you'll like it, and if you do, don't hesitate to rate the game or give some criticism! I'd really appreciate it!

Follow me on itch to stay updated!
Join the Discord server to talk with me!

Like the game but I ran into a few issues which happened in the recording. After attempting to save it after I had saved it during the tutorial it decided to crash on me xD i mean, it DID save but I had to get back into the game. I also couldnt seem to get the lantern working after getting the miner class, i used the oil and even tried all these steps in the cave but was never able to see. I would suggest a button to activate/deactivate the lantern and if there is one I wasnt able to find it. I also was unable to locate the crafting table to craft things. Again the game was nice and relaxing and these may well have been issues on my end? If you know the issues do inform me and would love to try it again! But to see what I ran into here id mah video and definitely leaving a follow =)

One thing I would recommend is to change the status from "In Development" to "Released". Some people may think the game is in early access which may turn away potential customers. 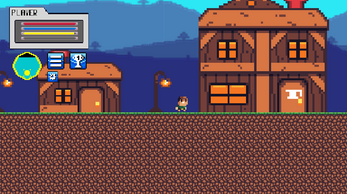 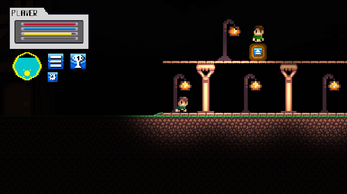 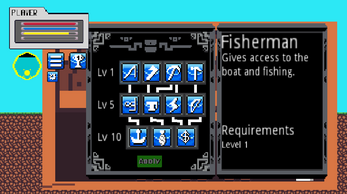 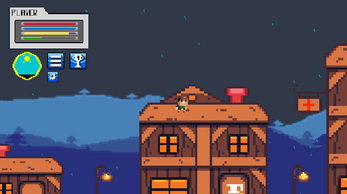